Based on Gay Sex in the City articles from Gay&Night magazine, published in Netherlands and  Belgium and the blog entries, the e-book is available for download on Google Play, AppleBooks, Kobo, Barnes & Noble and more 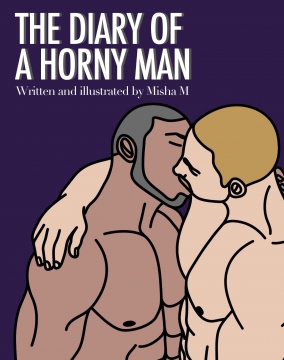 Tops who quite literally have no fucking clue are a painfully common occurrence! 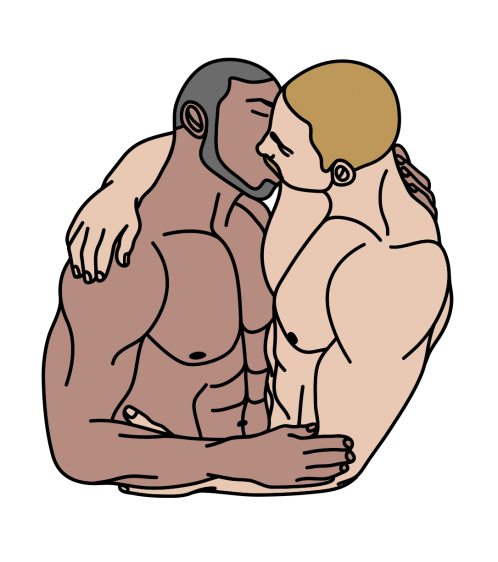 One of the world’s renowned fashion designers Tom Ford said a while back that every man should be penetrated at least once. In today’s culture, where the words like “manly” and “strong” carry a positive undertone while “feminine” and “weak” are a scornful taboo, Mr. Ford’s statement may raise a few eyebrows. The idea of someone biologically designed to penetrate allowing himself to be penetrated is repellent to those for whom the penetrator is synonymous with the provider of the house and the protector of the family – somebody to rely on, somebody to be afraid of. In other words, if you have a dick, you can’t be weak!

And yet since Mother Nature flipped the middle finger to cultural norms creating all of us equal with a standard set of emotional and behavioral patterns, no matter how strong and assertive we like to be, no one is a stranger to wanting to be taken care of by handing the control over to someone else, especially in the moments of stress! Intimacy is one such situation where not only do we bare our fantasies but also our bodies out on display, so exercising such vulnerability during sex is a good way for our emotional and physical sensitivities to achieve...

When I look back at my work history, starting from the post graduation jobs up to the very present time, there is one thing that seems to be consistent throughout: I have never been fired from a single paying gig but I have been viciously screwed over by the people for whom I provided services for free! The-employee-of-the-month recognitions, the random appreciation gifts, the heart-warming good-bye parties is what I regularly saw from the people who remunerated me, on time, for the work I tried to excel in by putting all of my...

heart and soul into! And yet for the same amount of diligence, effort and dedication for my volunteer work, all I often ended up getting was a spit in the face in the form of jealous tantrums, failure of getting a credit, and, yes, being dismissed! And peculiar as it is, the same pattern has ended up translating into my personal relationships!

When I had just moved to the Netherlands several years ago, I opened myself to the new world and the new opportunities. One of the things that strongly appealed to me about the “little kingdom by the sea” was the business mindset of its people. Punctuality...

In 2006, AOL has released a database of search terms where it was shown that the most common word next to the word “fetish” was “feet.” And according to a fetish study from Bologna University, it was concluded that 47% of the respondents preferred feet and toes to other non-sexual objects of worship. Whether or not ...

THE ART OF FOOT

Giving vs. receiving, domination vs. submission, active vs. passive, whatever you like to call this form of interaction, will always be part of the physical intimacy. And since everyone has his own idea of either role, things might get a bit complicated as many people tend to reveal their interpretations at the most unguarded moment.

An amazing Scandinavian drama, like they usually are, The Hunt about a man wrongfully accused of molesting a child has received numerous accolades around the world. A kindergartener invents a story about the teacher she has a crush on, and as a result, the life of an innocent man turns into an enduring hell he ends up going through living...

THE AGE OF INNOCENCE 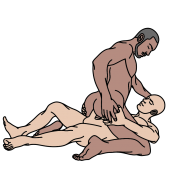 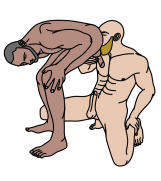 In the light of the recent witch-hunt, I cannot help but reflect on my own experiences to try to weigh in on the heavily publicized topic, known to the wide audience as #MeToo! Not giving it much significance initially – another sex scandal, another vile scum, another sucker victim (pun intended) – I sat back and watched the shit bubble explode when its stink somehow reached my own little personal space! The uneasy feeling has made me look back at the presented opportunities to participate in the real-life sexual charades, which I declined not believing in the shortcuts through the bedroom.

From the university, to entry-level jobs, to my later jobs, I have unambiguously been approached by the men who outranked me in the establishment hierarchy. The “accidental” touching, the invitations to their house, the turning of professional conversations into personal – all of that left very little room for second guessing as to what was implied for further!

When I had just turned the legal age of consent, I experienced first such advance... 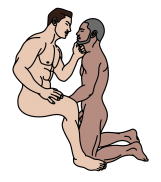 It is no revelation that the vast array of the products designed to stimulate, enhance or aid the intimate experience has been known to man since the man existed. The sales of the provocative clothing, objects looking like human body parts, body accessories, among many others, bring millions in revenue for the adult merchandise industry, which will never go out of business!

Meet the author of Gay Sex in the City column turned into a book!

Misha M was a columnist at Gay & Night, a monthly magazine in print until 2017 in Netherlands and Belgium. In the book, based on his Gay Sex in the City column, the author uses his own intimate adventures to address various aspects of sexuality from giving sex advice to discussing ethical issues like romance at workplace and #metoo, from emotional dilemmas like unrequited love to sexual racism, drugs, PrEP/HIV, among many other topics!

Misha M will introduce himself, read several chapters from his book and will welcome any questions at Café The Queen's Head, one of the oldest gay bars in Amsterdam. The place, located at the edge of the famous Red Light District, organizes various events for the gay community, and beyond, including bingo nights, drag queen shows and DJ performances. 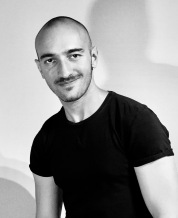 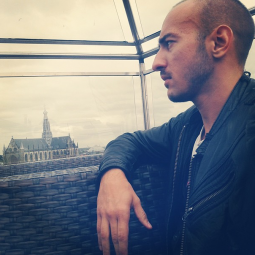 Misha M is a columnist and an author. In the blog he shares his sexual adventures, the lessons that he learns and the suggestions he has to give

It pains me enormously to have to postpone this. But health first! Let's try to make it happen soon. Stay tuned!!!!

CANCELLED as a preventive measure against COVID-19